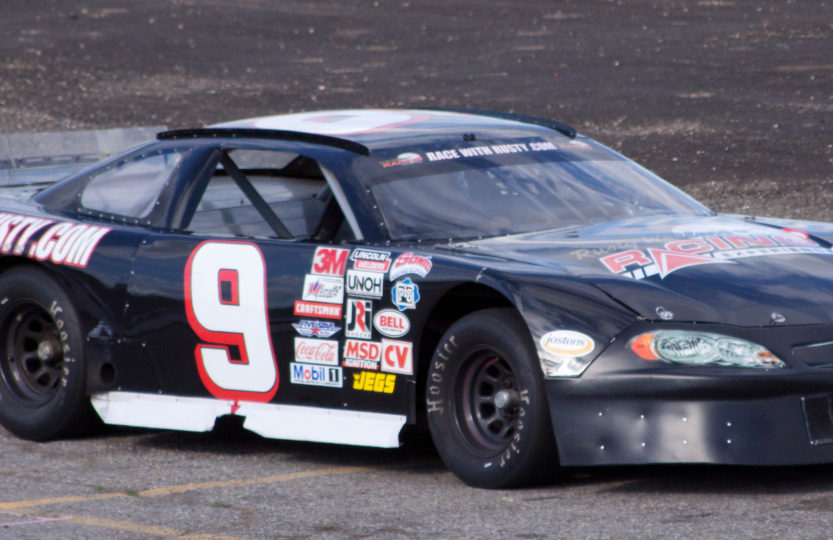 Imagine being strapped in to a black race car by a series of 3 men, and taken for a ride by a professional driver as he whips around cars at speeds you only dreamed of! Exhilaration! Thrills! SO much fun! The driver is informative, and explains when you want to decelerate or accelerate around curves as he is revving the engine so loudly you can barely hear him. Your mind is reeling, you are practically shaking with excitement, yet trying to pay attention because soon it will be your turn!

This was me, last Summer, at the Rusty Wallace traveling Racing Experience when it was in our city. Would you believe my kids bought me this gift for Mother’s day? My husband also got one for Father’s Day, and we both went the same day. When you arrive, they sit you all down and give you the “talk”, and scare you to death with threats of accidents and ambulance rides. If you ever get to do this, BUY THE INSURANCE! Those cars cost a LOT!

After climbing into a suit and helmet that never fit properly for me, I got to ride with the professional driver. As if that wasn’t enough, I was then strapped in the drivers seat. Three men came through and checked all my seatbelts and I won’t even tell you all the places or ways they strap you in. They did miss one. How many men does it take to seatbelt one driver into a race car? Apparently one more than I had.

When I pulled out onto the track, panic set in. What if I wrecked this thing? What if I hurt another driver that was on the track? Were they crazy? Then… The engine raged as I sped up, the rattle and rumble of the car made me grin. I caressed that steering wheel and gave it some gas! Suddenly I imagined myself in a race, passing another car on the track. Wait, that was real. It was me!

If only I could keep my head from ringing like a bell! The helmets are attached to the wall behind you, so an unsecured head in the helmet crashes into the sides over and over. I wasn’t allowed to exit without permission, or stop the car as you could cause an accident. I endured torture while still forcing myself to focus on speeding up and rounding those curves. I know, this sounds nuts, but that car shot down the straightaways, it screeched around the curves, and I was getting better and faster with each lap. I was proud of myself for not getting yelled at in my earpiece for doing anything wrong, and having far too much fun (despite the headache) when they told me it was time to exit the track. When I pulled up to the crew, and they helped me out of the car, I knew I had a concussion. I was dizzy, disoriented, and my head was pounding. Praise God for the adrenaline though, because it took a couple hours for the pain to really set in. My husband and I were having serious adrenaline rush, as we joined our family in the stands.

Four days later, I hit my head again. A few days after that, I did something that caused swelling and made the concussion even worse! I ended up in the Emergency Room not understanding my own language, confused and damaged. The stern, bossy doctor told me that two concussions back to back are dangerous, and can be seriously life threatening. Bed rest to the extreme, strict limitations, and changes to my life were to be militantly followed. Months later, the brain damage is healing, but the effects are not completely gone yet. (Neither was my lead foot) Was it worth it? OH YEAH! Crossing this one off my bucket list, even with the serious consequences, was something I will never forget. Don’t tell my husband, but I would do it again! (Shhhh!)

Photos of racing event by my son:  Tyler Hathaway 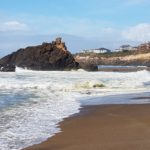 The Screaming of the Shoes! 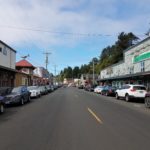 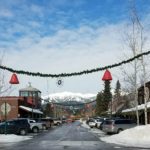 Sneak off to Whitefish, Montana! 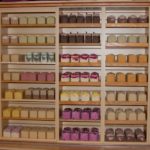 Grand Opening of our Online Store! 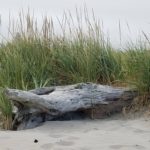 I am the Beach

Sign up to receive timely, useful information in your inbox.